The book “Stambul – Stories between Sultanate and Republic” includes 15 short stories, which are only at first look unconnected with each other. On closer investigation, this collection provides a more revealing picture. It talks about the city at the Bosporus and its inhabitants towards the end of the Ottoman Empire. 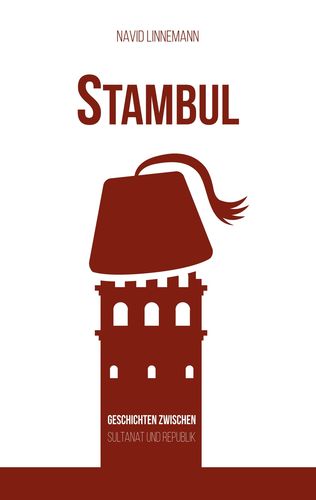 While a barber fights for the resistance, the imam of a small community worries about its future. A photographer looks at the city through the lens of his camera, as a traveller follows the trail of his great love.

At a time of great upheavals and wars, this book leads in fifteen short stories into everyday life in the old capital at the Bosphorus. While some stories may be freely fictitious, others are based on true events. Whereas political affairs are often a subject, the focus is on the inhabitants of the city itself. Through their eyes we experience the transformations of that time. We are allowed to join them when they fight for revolution, when they want to preserve the existing with all their strength or simply fight their daily battles for survival.

Because in Stambul – so it is said – man and magic, religion and politics, truth and fiction are coming together.

“Linnemann leads the reader kaleidoscope-like through a piece of faded world history. The author describes the melting pot at the Bosporus during the time of great upheavals in Europe in the last century. Precisely, with a great love for the detail and with a successful technical approach. This almost dreamlike, pale immersion into the short stories is accompanied by carefully selected, contemporary photographs. History comes alive when it is personified, when figures casually experience historical events.

In this way Linnemann manages to draw an arc across the century from the present into the historical and to let the reader – also with the help of the wonderful black and white pictures – become a witness of living history. The one thing that unites us all is the common time in which we live. Whether we like it or not, in 100 years 2120 none of us will be here anymore, but I hope that a future Linnemann will then breathe life into us and remind us how the author managed to do it with his partly fictitious and partly real characters in his wonderful work.”