Navid Linnemann was born in Neuss (North Rhine-Westphalia) in 1989. After completing his school education he served as a temporary soldier with the former Battalion for Psychological Operations of the German Armed Forces in Koblenz. Afterwards he went to Cologne to study. Here, Islamic Studies and History were initially on the curriculum before he switched to Social Sciences at the University of Siegen.

Already during his school days he wrote poems and published various journalistic articles in a local newspaper in Düsseldorf. Later he worked on a novel attempt and published a book with historical short stories.

Navid Linnemann has lived in Istanbul for several years. Here, he fell in love, first with the city and then with his now wife. Later he finished his education at the Bahçeşehir University in Istanbul and settled down at the Bosporus. He currently works as a translator and freelance author. He also volunteers in projects for the German-Turkish online magazine and the association of the same name,  Maviblau. 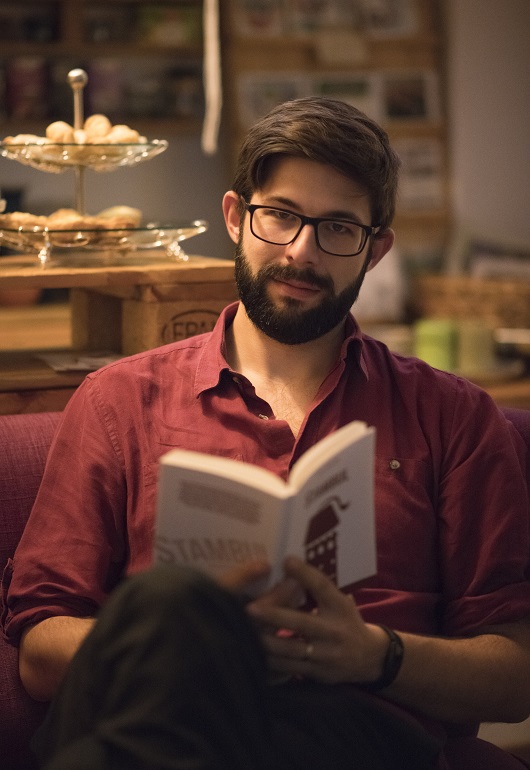 Whether journalism or fictional works, his texts deal mainly with the city at the Bosporus. In addition to the particularities of life there as a German (or foreigner in general), his texts often focus on the history of the entire region. Furthermore, he also writes about religious topics, architecture and everyday life in Istanbul in interviews, articles and features. For example, he has focused on the special culture of first names or the musical transitions between the two countries of Turkey and Germany. Many of his texts written in German are also available in Turkish.